Home Idol Group The “Once in a millenium” Idol, Kanna Hashimoto CM Video 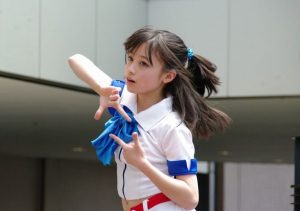 Roughly 3 years ago, this picture of a local idol from Fukuoka sparked furious discussions in Japan’s internet sphere. This phenomenon of a girl photograph dubbed “once in a millenium Idol ” even reached mainstream media on the same day. 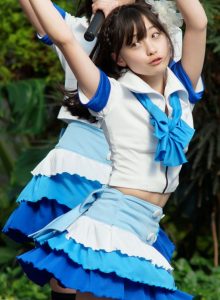 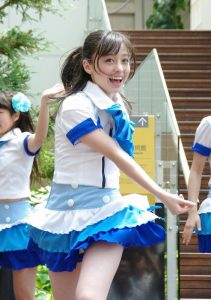 Kanna Hashimoto was born in February 3, 1999 in Fukuoka Prefecture, Japan. She is the member of local idol group “Rev. from DVL.” that based in Hakata, Fukuoka.

Since then, Kanna Hashimoto’s popularity is unstoppable and she already appeared in so many commercial of Japan popular brands.

She has also starred in several drama and movies as supporting actress. In 2017, she has a major role in Gintama movie as Kagura.

When Hashimoto was in third grade, she signed with the agency Active Hakata in her hometown, Fukuoka. She became a member of the all-female pop group Rev. from DVL. In 2011, Hashimoto appeared in the movie I Wish.

In 2013, Hashimoto gained national attention when a photo of her taken at one of Rev. from DVL’s live performances went viral on 2channel and Twitter. Praised for her natural beauty, she was given titles such as “beyond cute local idol”, “beyond angelic idol”, and “a talent appearing once in a millennium.”