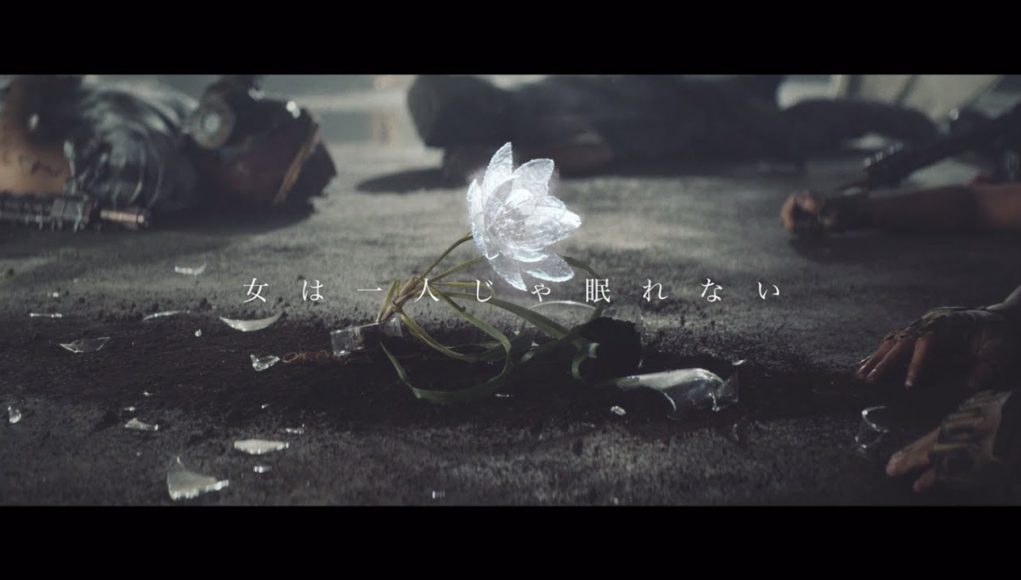 The setting story of “Onna wa Hitori ja Nemurenai” music video focusing on the 3rd generation members Momoko Ozono and Yuki Yoda as warriors transported into a post-apocalyptic world. Nursed back to health by the others, the pair regain their powers, summoning their weapons to help defend against invaders. The costumes worn during the dance scenes are the result of a collaboration with the “Wonder Woman” film.

The “Once in a millenium” Idol, Kanna Hashimoto CM Video