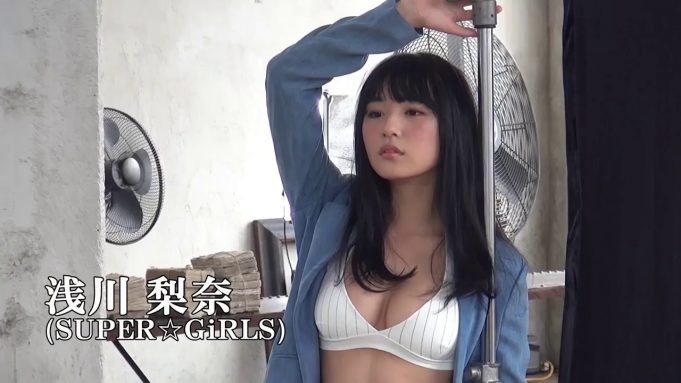 Nana Asakawa is a member of SUPER☆GiRLS. She initially joined iDOL Street as a street-sei on June 12, 2011. She is a former member of GEM but didn’t make the final line-up. She joined SUPER☆GiRLS on February 23, 2014. She is given the title “ Once in 1,000 years baby-faced “.

She has revealed a sneak peek at some of the images contained in her 1st photobook “Nanairo” (release date: January 25). Here you can watch Japanese Comic Magazine, “Young Magazine”‘s gravure shooting video footage.

SUPER☆GiRLS is a J-pop idol group, and the flagship unit for iDOL Street. The group was announced on June 12, 2010; they made their major debut in December of that year. Their most successful release is their single “Puripuri SUMMER Kiss”, which has been sold over 92,599 copies.