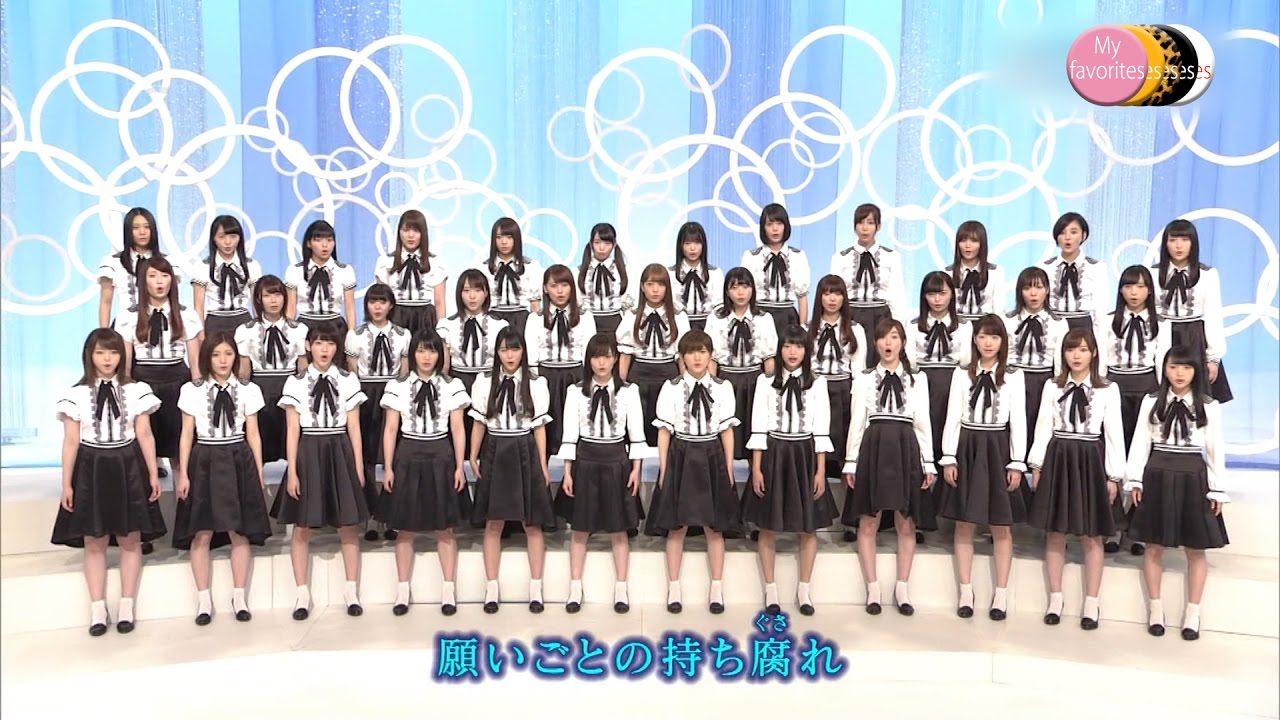 AKB48 will release their 48th single “Negaigoto no Mochigusare” on May 31, 2017.  This single will be a W-center by ‘next generation’ members Jurina Matsui (SKE48) and Miyawaki Sakura (HKT48 & AKB48).  The titular track will feature 35 members from the 48Group and the single will include a song by the newly formed STU48 as a B-side.  Along with serving as the theme song of the NHK All-Japan School Choir Competition, the single will also contain the voting tickets for the 49th single senbatsu sousenkyo.  This year, the sousenkyo will take place on June 17, 2017 at Toyosaki Seaside Park, Toyosaki Villa SUN Beach in Okinawa.

The Senbatsu Election (also known as Senbatsu Sousenkyo) is an annual event where fans can vote for their favorite AKB48, SKE48, NMB48 or HKT48 members. After the votes are submitted, the 80 members who received the most votes are announced on the day of the election. These top members who have the most votes are grouped by the ranking that they attained. The groups called Senbatsu (#1 to #16), Undergirls (#17 to #32), Next Girls (#33 to 48), Future Girls (#49 to #64) and Upcoming Girls (#65 to #80). Each of these five groups releases a song and music video in the following single.

AKB48’s overseas sister groups, JKT48 and SNH48, also have their own Sousenkyo.